on March 02, 2013
You may have seen in a previous post, my battery died. I was pretty bummed out about it and was dreading the thought of having to buy a new motorcycle battery. I think I paid well over $40 for the one I have and at this time, I just didn't have the extra funds.

So I did some scooby dooing and found that people had been using a solution made with epsom salt and distilled water to rejuvenate their dead batteries.

On Friday my battery was hovering around 4volts. After riding around for over an hour (kick start), it barely charged to 5volts. That's when I decided to try and do the Epsom Salt solution. Mind you, my attempts to recharge my battery was fruitless. It would only get as high as 6volts.

I had some Epsom Salt in our bathroom. Then I ran over to the grocery store to get some distilled water for $0.89. 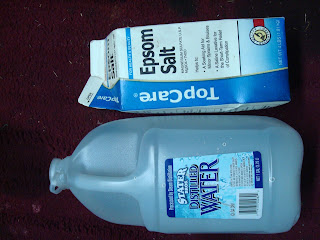 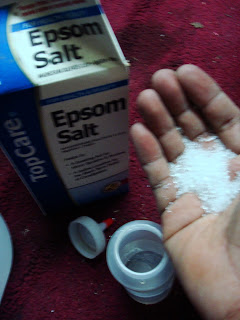 I poured some Epsom Salt and distilled water into a squirt bottle. I waited until the salt was fully dissolved. 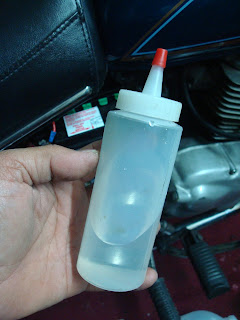 Then I poured the solution into the battery, but making sure I removed the acid caps first. The photo you see below is a dramatization of what I had already done. Since it worked, I went back to photograph the steps. 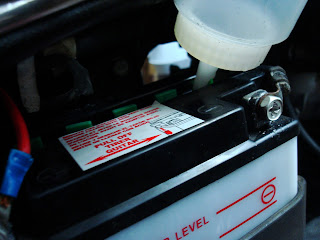 I let the battery charge for 24 hours and the following morning this is what the volt meter showed. I started up the motorcycle, and viola! We're back in business! 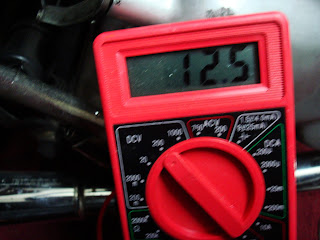