on March 28, 2018
Over the past few years I've gone through the process of naming all of my motorbikes. At first I'd call them simple names like Lil' Pony or Mamma Jamma. But I evolved to giving them full fledged female names. I've actually done this for my cars too. For one of my scooters, I named her Valerie because the model name was Valero. Another scooter I have is named Becky because she's got a big butt. My car's name is Luci because she's red and it reminded me of I Love Lucy. I had a van that I named VANessa...because she was a van.

My all time favorite bike and the one that has the most personality is Fat Amy. She's my 2006 Yamaha Roadstar 1700. I've owned her longer than any other bike I've bought and sold (total of 31). She's got a bit of a personality too. Very gentle, but when she needs too, she goes into BEAST mode! She reminds me of a Pitbull. I say that because these dogs have had a bad rap. They look intimidating, but they're very loving. However, you can't forget about their power...and that's exactly who Fat Amy is. 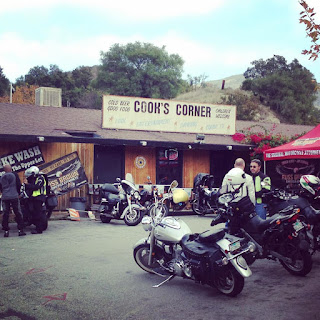 Giving your bike a name creates a persona, you feel more connected to it, as if she is alive. Oh, I only name my vehicles with girl names because calling them boy names like Jim or Bob just doesn't sound right...."I rode Jim last night!" or "Me and Bob went to Cook's Corner." You get the point, right?

But don't just give your bike name for $#!+s and giggles, you really have to think about it and why they deserve that name. My brother recently bought a Sportster. He did some work for the Military to earn the money for the bike. He named her Roxanne or Roxy for short because the work he did was in Roswell, New Mexico. Roxy sounded close enough to Roswell. There's meaning behind the name.

One thing I would suggest is to NOT name your vehicles after an EX...just trust me on this one.