on March 05, 2019
Recently I decided to upgrade my moto-flipping game by adding a trailer to my collection. You see in previous years I used to transport motorbikes with my mini van and a motorcycle hitch carrier. I've since sold that van and got myself a little compact car. Once I did that, my flipping business slowed down quite a bit since I didn't have a way to transport the bikes I was trying to buy.

I figured the best way to transport a bike was to get a trailer since my car wouldn't be able to accomodate my hitch carrier. That's when I started shopping around for a trailer. But because of my limited space, I needed something that could fold up and be stored in my garage.

I tried finding trailers on Craigslist, Offerup and even Facebook Marketplace only to find out these things sell fast. With that in mind I decided to go ahead and buy one from Harbor Freight. The trailer in mind has a capacity of 1195lbs and it folds!

The pictures looked great, it all made sense and the store manager gave me a killer deal. He knocked off $100 which meant it only cost me $249! 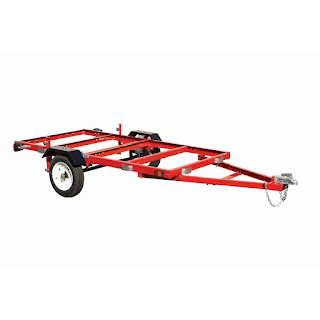 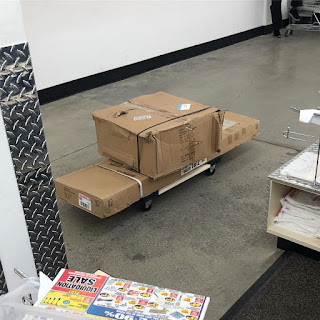 Those two boxes you see...damn they weigh close to 265lbs!!! Once I got it home, I let it sit in the garage for about a week or so. Truthfully I felt intimidated by it. So many parts...with a few hundred nylock nuts and bolts, I knew this was going to be an all day project. Below is the first half of the trailer. You'll want to use an impact gun to secure the nuts and bolts in. 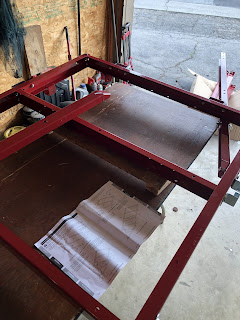 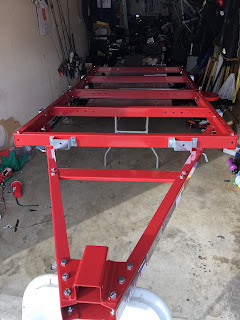 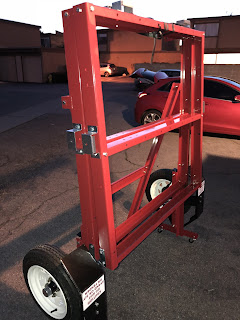 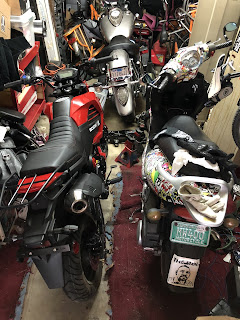 I started on the trailer on a Sunday afternoon. Some people on Youtube said it takes a few hours to build it. I spent about 3.5 hours to get it at 95%. I still needed to install the lights and the electrical. Come Monday night, all I have to do now is run the wiring and it's done. I do plan on installing some plywood for the floor and getting a bottle of Locktight and treat each bolt to prevent any of it from backing out.

To fold it, you will need to remove 4 bolts. The directions don't show you how to do that. They tell you which bolt (by the size) but not the location. The trouble begins when you're assembling it. The instructions tell you to install every bolt with pictures. But it doesn't point out where these bolts need to come off from to fold the trailer. I had to watch a few Youtube videos to see where these things were.

Once I run the wiring and install the plywood. I plan on installing a motorcycle wheel chock that I got from Walmart for about $40. This trailer will be my moto-transporter, as you can see in the pic above, I've got all my girls, including my newest bike, the Boom 125 whom I've named Paprika (Erika for short).

I also wanted a trailer because it's a lot cheaper than having to buy a truck. I like my car and didn't want to trade it in for a gas guzzling truck. The trailer was the most economical choice.